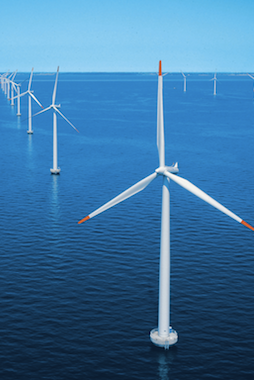 Offshore wind parks have been a key driver for MSP as they represent a new place-based infrastructure, often in competition for space with other uses. It is predicted that in order to produce 25,000 MW of electricity in 2030 through offshore wind, approximately 65-70 wind parks. This is expected to require up some 3,500 km2 of Baltic Sea space. Despite these figures, no comprehensive mapping of existing or planned marine wind energy parks exists for the BSR and discussions have mainly taken a national rather than a pan-Baltic perspective.

Additionally, the participants were able to contribute to the poster exhibition with plans, maps or project presentations (MSP activities in the BSR, activities in the field of offshore wind energy development, energy grid, technology, conflicts with other interests, etc.)