Three MSP cases were presented at the session: Norway, Portugal and the United Kingdom. 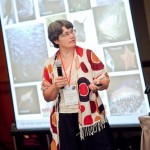 In Norway, non-biding planning has been initiated and is run by the Ministry of Environment (also responsible for terrestrial planning) with the aim to manage the sea in a wise way. Created plans had a huge implication as IMO traffic lines were shifted according to suggestions in the plans. On the other hand: before the plans were adopted licenses for oil extraction were released for locations, which in the plan were assessed as not optimal. This indicates that in the real process sometimes MSP principles are omitted. Another issue was an observed weak public participation which is surprising for a Scandinavian culture. The anticipated reason was that the EEZ is not as interesting for the general public as territorial waters would be. The main message from the Norwegian case is that we cannot exclude human beings from the sea.

Portugal has a very long coastline and, hence needs to manage vast maritime areas. Given the economic crisis, an “affordable” approach to MSP needs to be chosen. The status quo of uses was mapped. This map was the basis for allocation plans. The proposed MSP system has not been officially adopted yet, legislation is pending. For that reason it is unclear how official MSP in Portugal will finally look like. 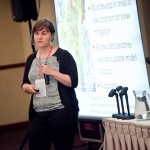 In the United Kingdom, England, Scotland, Wales and Northern Ireland each have a different MSP system and approach. Moreover, they are at different stages in the process of MSP development. The Scottish case was examined more closely. In Scotland, a national plan defines rules and ideas, based on which regional plans are developed. These regional plans do not apply the zoning concept (which is more important in the Baltic Sea due to its limited space). In the plans there are so-called ‘constrain areas’, in which some uses should be avoided, but there can be exceptions, if compensation measures are fulfilled.

The session showed the numerous different approaches towards MSP, which are all stil in line with the proposed EU MSP directive.